The Crocker Estate is some of the Napa Valley’s oldest continually farmed land, dating as far back as the 1870’s when the Dowdell family established Dowdell & Sons Winery.

In the 1870s, the Irish-born Dowdell family planted hops and grapes, and started producing beer, wine, and brandy out of their stone production facilities east on Dowdell Lane.

The Dowdells' once-prolific business was shut down in 1920 due to Prohibition, but the vineyard continued to grow grapes. In 1971, Charlie Crocker purchased the 1870s Dowdell & Sons stone winery and surrounding vineyard, renaming it the Crocker Estate. Charlie added adjacent properties to his estate over the years, and today 85 of the 100 estate acres are planted to vine. Throughout the late 70’s and early 80’s, Charlie Crocker planted Cabernet Franc and Cabernet Sauvignon which he sold to friends and fellow vintners.

The Handshake That Changed Everything

Fast forward to 1997. Pam Starr, at the time the winemaker for Spottswoode Vineyard and Winery, stopped by the Crocker Estate to take a look. Pam was on the verge of launching a wine consulting business and in her research, a soil map led her from the Mayacamas east to the Crocker vineyard. Impressed with the land, Pam began asking questions. Soon after, Charlie heard that Pam found the vineyard and seemed curious, as he had long been a fan of Spottswoode wines. Under the mistaken impression Pam was in the market for his estate grapes, Charlie called Pam. Just weeks later they met, and discovered they shared a similar vision of how to make great wine. During a three hour-long conversation at Charlie's 1 Post Street San Francisco office, Pam described the wine she could make if the vines were groomed, organically tended, and naturally balanced. Impressed, Charlie asked her if she was interested in starting a winery. It was then and there that Charlie and Pam shook hands, and Crocker & Starr was born.

After joining forces with Charlie Crocker in 1997, Pam transitioned the entire vineyard to organic farming. Although not formally certified “organic”, Pam and Charlie remain committed to responsible and sustainable farming techniques, combining the best of old-world philosophy and new-world fruit.

Pam planted Sauvignon Blanc at the Crocker Estate in 1998 in an effort to capture the best attributes of the grape. In 1999 Pam released the first ever vintage of Crocker & Starr to hit the market, the 1997 Cabernet Franc, forever altering the landscape of California Cabernet Francs. In 2000, the first vintage of Crocker & Starr’s crown jewel, the 1997 ‘Stone Place,’ was released, and two years later the first Sauvignon Blanc bottling was released with the 2001 vintage. Soon after, Wine Spectator named Crocker & Starr’s Sauvignon Blanc as the 12th best wine in the world in the publication’s 2005 “Top 100 List.” In the years after this major recognition, Crocker & Starr welcomes visitors, establishing a tasting room in 2009 and a private Vineyard Experience in 2010.

Four years later, plans for a new winemaking facility—which would be a replica of the original 1870s Dowdell Winery—on the grounds of the Crocker Estate began. The new winery opened just before harvest in 2016 – marking a new era for Crocker & Starr. 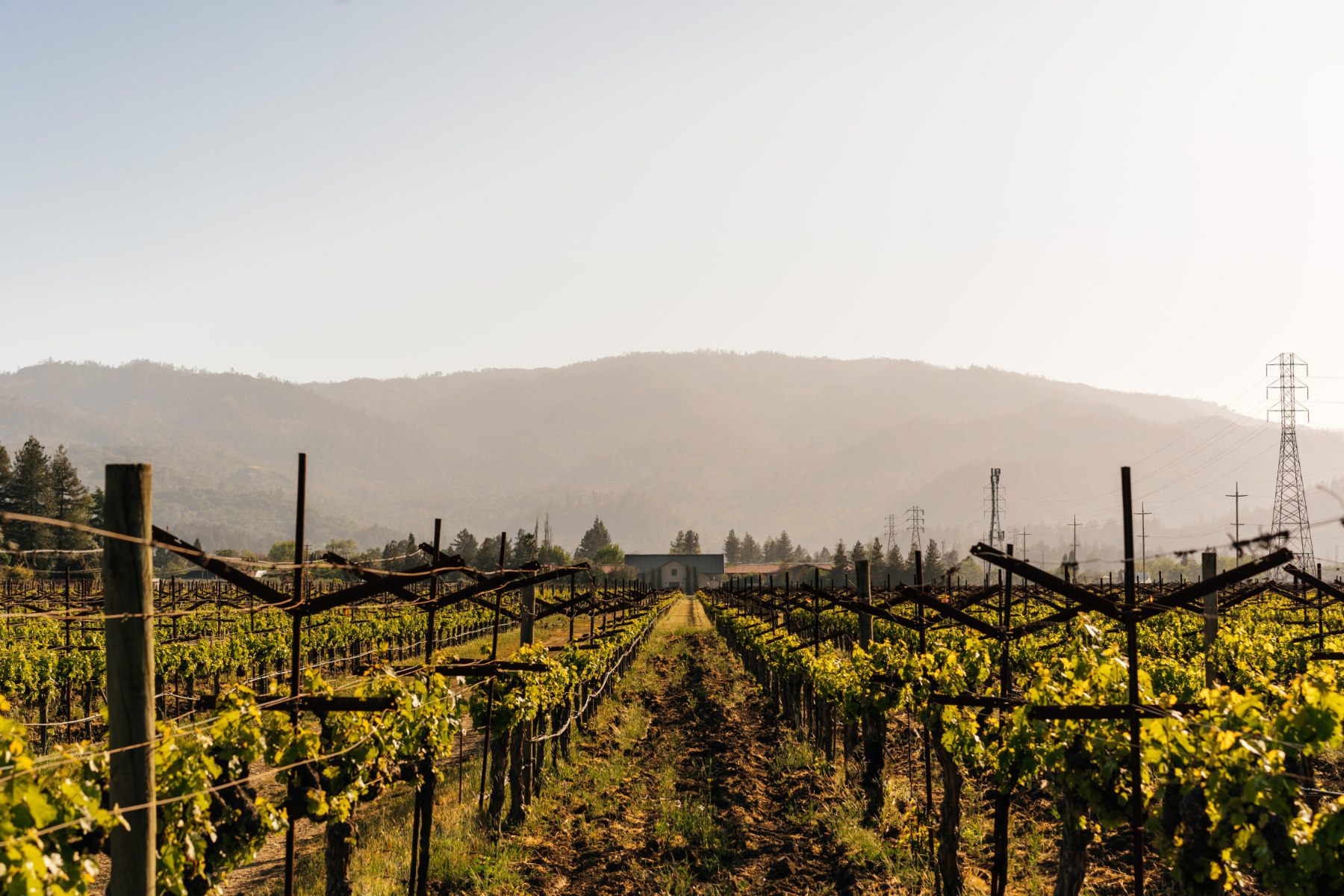