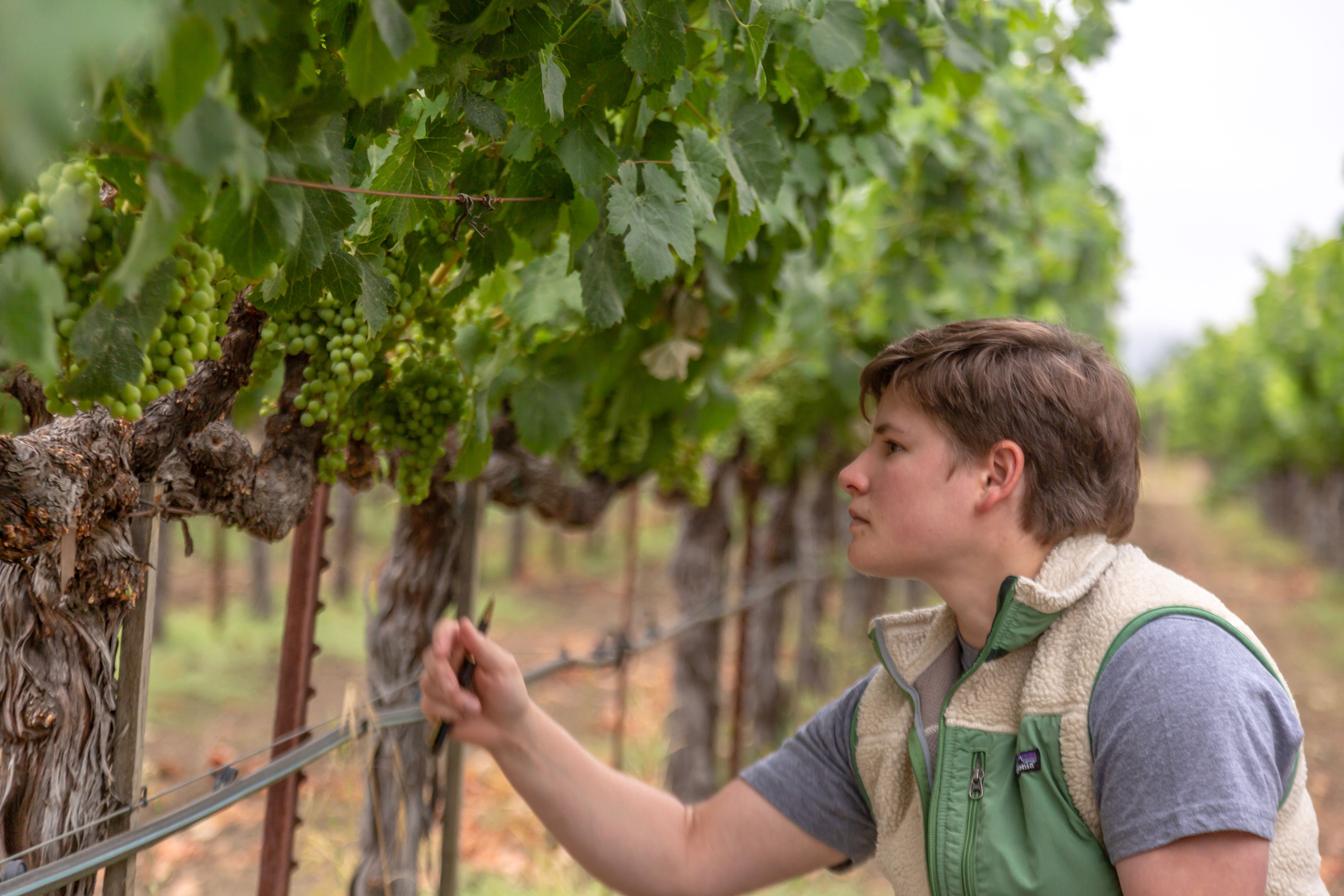 Evyn Cameron originally hails from Wyckoff, New Jersey and attended Boston University where she played soccer and graduated with a degree in Hospitality. Her career began in Manhattan, where she worked Front of House for Thomas Keller’s Per Se, but she longed for a career in wine, so in 2009 she moved to Napa to pursue winemaking. Evyn worked all over the Napa Valley and a stint in New Zealand before being hired as Cliff Lede’s oenologist, where she remained for four years before being named Assistant Winemaker at Anaba Wines in Carneros. After Evyn learned of the opportunity to work with highly respected winemaker Pam Starr at Crocker & Starr, she jumped at the chance and the rest is history. She likes all Crocker & Starr wines for different reasons, adding, “This property is so versatile and that shows in each of our wines.” In 2019, Charlie and Pam promoted Evyn to Winemaker. When she’s not in the winery, Evyn enjoys tending her large backyard garden, cooking, playing with her Springer Lab/Queensland Heeler mix Pepper, and exploring nature with her wife Cari.