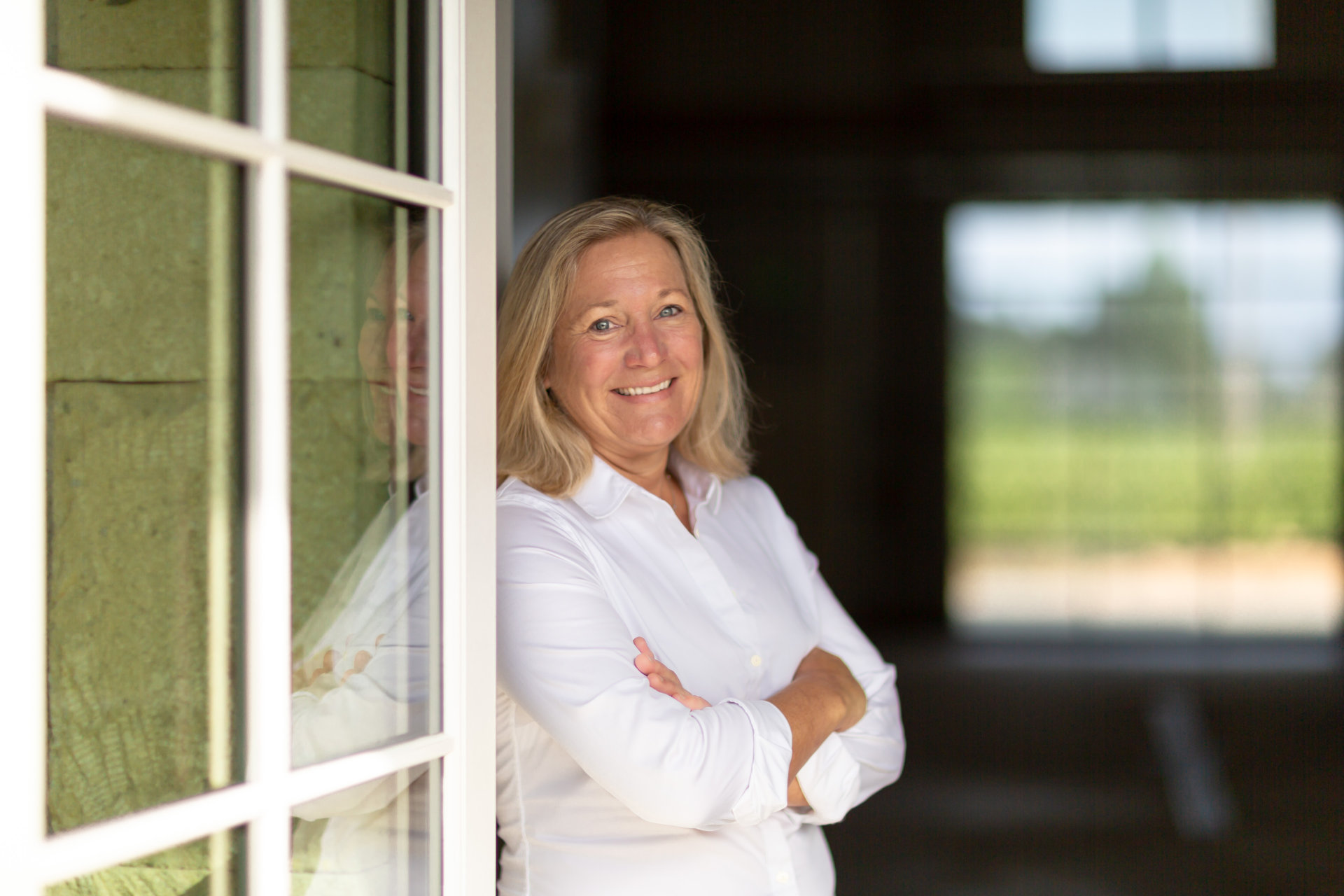 Pam Starr has been the co-owner, manager and winemaker of Crocker & Starr since its inception in 1997 when she helped resurrect the vineyards on the Crocker Estate in St. Helena and established a winery to create world-class wines. After toiling as a winery employee for 18 years, Pam’s transformation at a relatively young age into owner, manager and winemaker was unique and remarkable. It required a special mix of skill, passion and dedication. All of which describe Pam Starr.

Pam’s love affair with winemaking began as a harvest intern for Sonoma Cutrer in Sonoma after graduating from the University of California at Davis in 1984 with a degree in Fermentation Science. Headed down a different path, the daughter of an orthopedic surgeon who was planning to go to dental school quickly switched gears. Attracted by the fast pace, the pleasures of working the land and the wine itself, Pam knew she’d found her calling. “I was simply smitten – the way one is when falling madly in love. Winemaking is mysterious, it’s sexy, it’s magical.” And it’s been her life since.

After the internship, Pam worked for Edna Valley Vineyard in San Luis Obispo stacking barrels for a season. Her dream of becoming a winemaker began to take shape. For the next six years she was an enologist and assistant winemaker for Carmenet Winery in Sonoma, a job that taught her how to run a winery from cellar to bottle. In 1991, she became the winemaker for Spottswoode Vineyard & Winery in Napa Valley where she worked until she and Charlie Crocker established Crocker & Starr and she built the foundation of the business. At the same time Crocker & Starr opened its doors, Pam began wine consulting for Adastra Vineyard in the Carneros, Gemstone Vineyard in Yountville and Garric Cellars of Calistoga, among others.

Passionate about translating terroir into wine, Pam is known for her distinctive Bordeaux-style blends that express a deep sense of place. For this enthusiastic and inspired winemaker who views her job as translating soil into wine, great wine must taste of the sun, of the earth it comes from and of the place it grows.